Capital Region Water discharged 584 million gallons of untreated sewage into the Susquehanna River — 41 percent of all the water that entered the system — in 2020.

Last April, while most people were preoccupied with a global pandemic, the Trump-era U.S. Environmental Protection Agency raised an alarm over Capital Region Water’s failure to prevent sewer overflows.

“Despite the lengthy discussions and analyses undertaken . . . CRW still seems to be struggling with the concept of the [long-term control] plan,” the letter reads.

The EPA accused the utility of failing to meet various benchmarks and inflating the cost of its mitigation efforts. Capital Region Water, in a June response, denied all of the EPA’s allegations.

Now, that letter is part of a lawsuit against the utility and the city filed Thursday by the Lower Susquehanna Riverkeeper Association, an environmental advocacy group, to try to force compliance with the federal Clean Water Act and an existing 2015 consent decree that required Harrisburg to address its water woes.

Last July, the association found E. coli bacteria concentrations more than 2.5 times the level deemed safe for swimming and other recreational activities. For example, 14 out of 20 samples collected from under the I-83 bridge — a popular fishing spot — showed high levels of feces-related bacteria.

“Myself and another volunteer conducted sampling and found levels of bacteria so off the charts the lab can’t even test above a certain threshold,” said Lower Susquehanna Riverkeeper Ted Evgeniadis. “This is a third-world problem.”

None of this, of course, should be news to longtime residents.

Harrisburg struggled with a combined sewer and stormwater system for decades, long before the system was privatized under Capital Region Water in 2013. Every time the city sees significant rainfall, the decaying system is overwhelmed by the volume, forcing millions of gallons of sewage — a combination of everything that gets flushed down the toilet and rainwater flowing into storm drains — into the river untreated. Occasionally, that water backs up into basements and onto city streets.

Evgeniadis said he began collecting samples along the riverfront near Harrisburg two years ago. In the process, he found numerous dead fish, raw sewage and toilet paper. That led his organization, whose office is situated above a kayak shop in York County, to file suit, joining the EPA and the state Department of Environmental Protection, whose previous actions led to the 2015 consent decree.

“This is a big problem,” he said. “I understand the city had financial constraints but there’s no excuse.”

Part of the problem is the tremendous age of the city’s drinking water and sewer systems: Large swaths are more than a century old and some sections have only recently been mapped. Upgrading the entire system, with its crumbling mains and corroding pipes, could cost billions of dollars.

The discharge of untreated wastewater, in particular, results in reduced water quality downstream, impacting various fisheries and requiring other water utilities to be extra vigilant when they source their community drinking water from the river.

All of the runoff (and, it must be noted, Harrisburg and Capital Region Water are among the most substantial but far from the only culprits) eventually flows into the Chesapeake Bay, contributing to algae blooms, poisoned fish and other consequences.

In 2015, the city, the utility and the EPA signed a consent decree designed to address these overflows. The result was the utility’s City Beautiful plan, released in 2018, and a stormwater fee that cost the average Harrisburg homeowner $75 per year in order to pay for roughly $315 million worth of stormwater improvements over the next two decades.

Some of those improvements are already visible: the new basins and vegetation added to Third Street and other thoroughfares were designed to trap more rainfall in the soil, as opposed to quickly running off concrete, and thus reduce the flow of water directly into the sewers. Slowing that water down is one way to avoid discharges.

The EPA, however, was clear: Capital Region Water’s plan is inadequate.

Not only has the utility failed to meet various milestones established in the 2015 consent decree, the federal regulator wrote, but it allegedly inflated the cost of its various projects.

“CRW continues to provide cost estimates for small-scale remediation projects with contingency costs built in and then adding contingency costs to a project’s cost estimate for a second time, thereby inflating the overall cost estimate of each project and the CRW’s ability to pay,” the letter, obtained by the riverkeeper via a public records request, reads. “In addition, CRW has failed to provide actual CSO projects that will reduce volume and frequency of overflows.”

In April, the EPA requested CRW to prepare a list of projects that could be completed within six months to hasten its progress and avoid further discharges. It was not clear whether such a list of additional projects exists or what may be on it.

“CRW does not believe that it has violated the [consent decree],” the utility’s CEO, Charlotte Katzenmoyer, wrote in a June letter to the EPA, “or that stipulated penalties or further enforcement action are warranted.”

Further, she denied that the utility artificially inflated its cost estimates.

“Of course, it is possible that as CRW builds the planned projects, the cost could turn out to be higher or lower than expected,” she wrote. “But that is true of any construction project — and, even if that happens, all that it might change . . . would be the timelines fo particular projects, not the nature of the projects that will be completed.”

CRW spokeswoman Rebecca Laufer said the utility worked closely with the EPA and the DEP to address issues raised in the April letter. That includes the possibility of using state revolving loan funds to pay for additional sewer upgrades.

“We must balance the long-term capital and operational needs of the utility with the ability to pay by our customers,” Laufer said, in a written statement.

EPA spokesman Jeffrey Landis said Friday that the agency is negotiating with Capital Region Water to reduce sewer discharges. The last time the utility paid a penalty was in 2019, when it paid $11,500.

The various enforcement agencies — the EPA, DEP and the U.S. Department of Justice — are still considering penalties for other potential violations, Landis said.

Since the consent decree, Capital Region Water issued a report each March on its progress toward avoiding discharges of untreated wastewater.

According to this year’s report, which reflects 2020 data, the utility captured and treated 789 million gallons of combined wastewater while discharging 584 million gallons. That means that it had treated just 59% of all the water that entered the system, an amount the report noted “is somewhat higher than the typical year.”

To put that number into context, the EPA requires wastewater systems to remove at least 85% of total suspended solids (that includes feces, toilet paper and other waste) from treated water. That assumes an ideal scenario where all water is treated.

That is due in part to last year’s dry conditions. The region’s rainfall volume was 13 percent less than the average year, according to Capital Region Water. In 2019, a significantly stormier year, the utility discharged 902 million gallons of untreated wastewater, meaning that it treated 54% of all the water that entered the system.

Capital Region Water’s most significant sewer overflow of 2020 came during a week of significant rain and snowstorm that saw the Susquehanna River hit flood stage on Christmas morning. Eighty-two million gallons of wastewater bypassed the utility’s treatment process over a 5-day period.

The Riverkeeper’s lawsuit, filed in federal court Thursday, seeks to end this practice once and for all. That includes an acknowledgement that the city, with a large population of low-income residents and a legacy of financial distress, can’t do it alone.

“The state of Pennsylvania owns 40 percent of the city,” Evgeniadis said. “You’ve got lobbyists, politicians and the Legislature who use the Capitol office buildings. Every time they flush their toilets, they’re contributing to the problem. They have a direct obligation to hold themselves accountable for the pollution coming out of the city of Harrisburg.”

Harrisburg Mayor Eric Papenfuse said the issue is an important one because of its impact on city taxpayers. He’s hopeful that the Biden administration’s American Rescue Plan and infrastructure proposal could help pay for these costs.

“CRW is conscious of not overburdening an already impoverished tax base,” he said, “which is why we need solutions that spread the cost among a much larger pool than just city ratepayers.”

This story was updated to include comment from the EPA.

Read the ‘The hunt for Ray Gricar.’ 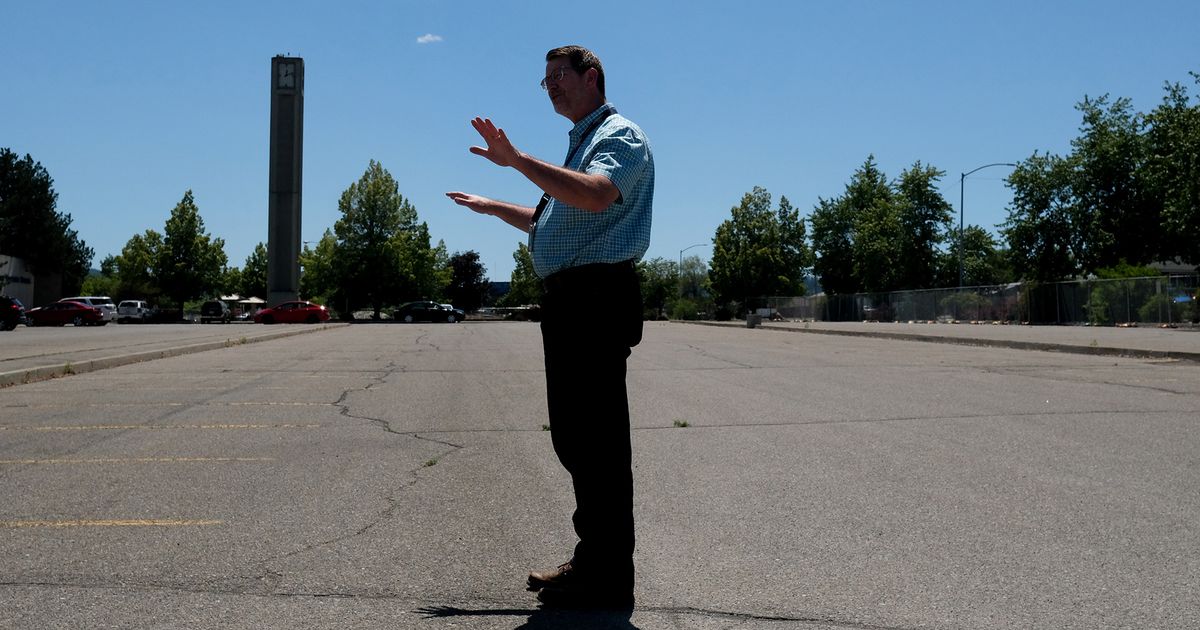